Passengers travelling by ferry to P. S. Stefano are debarking at a very lively old fishing port with a luxury marina, especially famous for its seafood!

Visitors who are travelling to the destination P. S. Stefano (Porto Santo Stefano) are arriving at a town which is the largest of Monte Argentario and one of its two main with Porto Ercole being the second one. The ferry to P. S. Stefano will disembark you at the very busy old port which contains a graphical rugged road to walk and take a peek in the closest bars, restaurants and boutiques. It is very well known for its fishing and if you are lucky, in the afternoon, you can see the fishermen bringing fresh sea food straight out from the sea. You can taste local dishes and Italian wine in the many eating places around Piazza dei Rioni. Located in a pretty bay, the port contains a marina aswell where deluxe boats drop their anchors reguraly. The historic center of the city, formed in the 15th century and fortified by the Spanish rulers since it was constantly under siege by sea threats and especially from pirates, is for sure better explored on foot. There are some fortresses and towers for sightseeing like the Spanish fortress which also organizes some exhibitions in it where you can wander and learn about the history behind it. Abbazia di San Bruzio a Magliano is an old monastery worth watching as well as the Mediterranean Aquarium where you can witness different species of octopuses, sharks and sea horses. P. S. Stefano, like most seaside cities, offers a beautiful variation of beaches. Some are sandy and some rocky but all of them provide transparent waters. Some famous beaches include Cala Mar Morto, a rocky, wild and delightful one as well as Cala Grande with its stunning scenery and crystal clear water. The small Cala del Gesso is a very popular little beach but if you consider visiting it you will have to remember to bring your own water, food and umbrella. Likewise, Riva del Marchese is little but very pictorial since it's hidden inside a bay and instead of sand or rocks it provides a big lawn with umbrellas and chairs. Last but not least, the large sandy coast surrounded by a forest of pine trees, Spiaggia della Feniglia and the Braccio Energy beach could not be out of the list.

P. S. Stefano is located in Italy's west coast, 150 kilometers away from Rome and belongs in the municipalty of Monte Argentario which is a province of Tuscany's, Grosseto. It's population reaches almost 9.000 inhabitants. Ferry routes P. S. Stefano include routes from and to Giannutri and Giglio occuring especially in high season periods.

Choose your departure port and date and get all current ferry schedules and prices for P.S. Stefano!

Ferry Port P.S. Stefano - How to get there 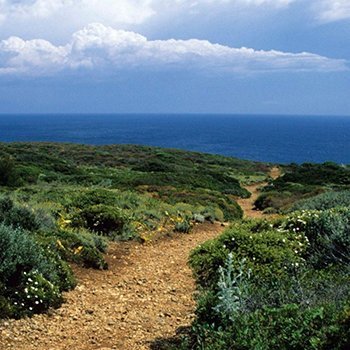 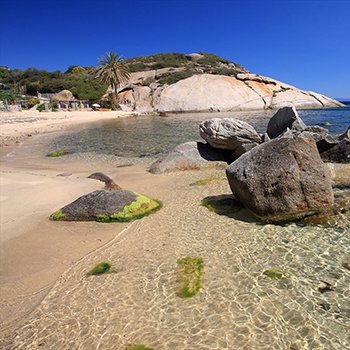