Passengers travelling by ferry to Palermo visit a city whose history is 2700 years old and has much to offer in terms of culture and gastronomy!

The city of Palermo is located in the northwest of the island of Sicily in the Tyrrhenian Sea and features 2700 years of history. Its culture, architecture and gastronomy are well known and appeal to a lot of people. Being located by the Gulf of Palermo, the city attracts thousands of tourists throughout the year mainly for the beaches and the city itself. Palermo is a vibrant place with plenty to see and do. Tourists from all over the world will find warm, Mediterranean weather and plenty of sunshine all year round.

Travelling to the destination Palermo means to visit a city with a large architectural heritage and many Norman buildings. The Palermo Cathedral, which is located at Corso Vittorio Emanuele, has a long history which has led to an accumulation of different architectural styles and is definitely a point of interest for tourists, as it is listed in the UNESCO World Heritage sites. So are numerous other churches and palaces in Palermo. Before leaving with ferries from Palermo, visitors should go on a trip to Mount Etna. Even though visiting the volcano can be dangerous, the smoking and ash puffing mountain makes great postcard shots.

Ferry routes Palermo link Palermo to Cagliari, Genoa, Livorno, Naples, Tunis and other cities and serve a total of almost 2 million passengers annually. Ferries depart from the port of Palermo, which was founded by the Phoenicians over 2,700 years ago. Together with the port of Messina, it is the main port of Sicily. Through the Palermo ferry timetable, travellers can plan and organize their holidays in that great city of south Italy. They will be thrilled by the beauty of the region and the exciting nightlife Palermo has to offer.

Forthcoming information advice on how to get to the ferry port Palermo from the Palermo Airport and the Palermo City Center by shuttle bus, train and taxi as well as its geographical location.

On our web page Ferry to Palermo you will get additional information on routes that connect to the ferry destination Palermo.

How to get to Palermo Port

Upon arrival at the Palermo Airport you can get to the Palermo port easily by shuttle bus, train and taxi.

Every 30 minutes shuttle buses depart from the Palermo airport to Palermo starting at 05:00 with the cost of 6 Euros. The journey takes less than an hour. Please visit the Palermo Airport Buses for further details.

Use the Trinacria Express which serves the line between Palermo airport and the main train station in Palermo. For more infromation, check the Palermo Trains.

Taxis are everywhere around the arrivals area. Grab one and go to your destination.

The Palermo port is easily approached on foot from the city center but if you don't fancy walking, you can always grab a cab or take the bus which runs throughout the city.

Popular Routes from & to Palermo 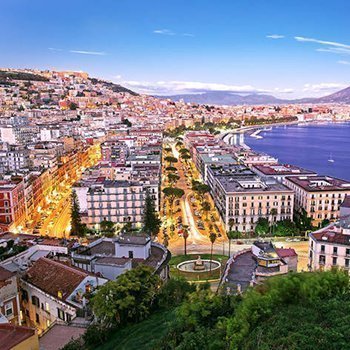