Passengers travelling by ferry to Kea get to an Aegean island of the Cycladic Island Group known for its many hiking trails!

Traveling to the Destination of Kea

It is the nearest Cycladic Island to Attika, the 6th biggest in expanse (131.693 km2) and the 10th biggest in population (2.417 inhabitants) from all the other Cycladic islands. The most populated areas are the port of Kea, Korissia, the center place of the island, Ioulida, and Bourkari, which is the most expensive one. The rest of the island is remained almost untouched from the touristic infrastructure and gives inhabitants and visitors a very raw feel.

Something that has to be stressed out about the ferries to Kea is the big network of organized walking paths throughout the whole island. The paths are mostly covert with the islands characteristic stones and attract every year many people from inside and outside of Greece, who are interested in a kind of alternative tourism which includes the hiking culture. Before the departure with ferry from Kea and after having walked at least a fragment of the path network, visitors should have seen the rich nature of the island with its wonderful wildflowers, the forests of oaks, the picturesque little churches, the traditional stone sources and, of course, the small coves with their sandy beaches.

The ferry timetable Kea includes all the ferry routes Kea from the port of Lavrio / Athens in Attika and to other islands of the Cycladic Island Group. In the high season conventional ferries depart more often from Lavrio to Kea.

Choose your departure port and date and get all current ferry schedules and prices for Kea!

Ferry Port Kea - How to get there

Popular Routes from & to Kea 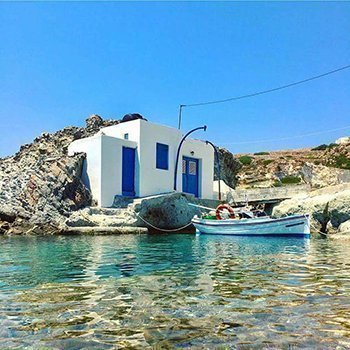 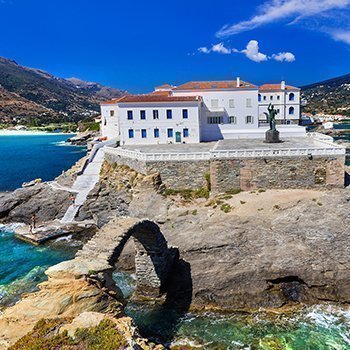