Most passengers traveling by ferry to Bastia, the very important and principal port of Corsica, are tempted to taste its famous wines!

Bastia, once called Marina di Cardo, was Corsica's capital city until 1791. This northeastern coast city, located between the sea and the mountains, is also the island's military base. Bastia city is for sure, a beautiful ancient city to visit.

Bastia is now the capital of Haute - Corse with a population of 40.000 citizens and it is approx. 19.4 square kilometers in size. People who visit Bastia will have plenty of things to do and visit such as the Cathedral of St. Jean Baptiste with its famous two bell towers. Remarkable is also the holy stair donated by Pope Pius VII, Scala Santa, for the hospitality the Chapelle Notre Dame de Monserrato provided to the Roman priests who were exiled by Napoleon Bonaparte. Bastia hosts many beaches but the biggest and most famous one in the Plage de l'Arinella where usually tourists spend hours of relaxation. In combination with the beach, Pond of Biguglia is the next stop to visit. The once protector of the city, Palais des Gouverneurs, built by the founder of Bastia Leonello Lomellini, its garden Jardin Romieu and Noble Twelve palace are certainly some of the most impressive sights of the city. Last but not least, the heart of Bastia, Piazza San Nicolau with its events taking place regularly and the statue of Napoleon included, also with Paoli boulevard are not to be missed.

Bastia is surely one of the most visited cities in Corsica, so examine the possibility on booking your ferry tickets in advance so as to ensure your holidays.

Bastia's location, on the northeastern side of Corsica, makes it easily accessible with a ferry from Italy's northwest coast such as Livorno, Genoa and Savona but also from France's south coast known else, as the French Riviera. Every year, hundreds of conventional ferries cross the Ligurian Sea towards Bastia while providing them, during the journeys, many amenities on board in order to make the crossings pleasant and comfortable.

Livorno to Bastia ferry: a 4.30 hour long journey with conventional ferries that occurs frequently and all year long.

Genoa to Bastia ferry: the particular crossing, just like the Savona to Bastia too, is much longer and lasts almost 8 hours by traveling with a car-passenger vessel with plenty of conveniences for the travelers. Due to the fact that the duration is long, consider booking a bed cabin for the journey can be tiring.

Bastia port or porto Bastia is located on the northeastern part of the city. It is a high developed port, considered as the main on the island of Corsica and serves many passengers annually. The port's facilities include tourist information offices, a nursery, amenities for people with reduced mobility, a big parking lot and free WIFI access. Below, we provide advice on how to get to the ferry port Bastia from the Bastia Airport and the Bastia city center by train, bus, shuttle bus and taxi.

Upon arrival at the Bastia International Airport you can get to the Bastia Port easily by train, shuttle bus and taxi. See below your alternatives in further detail.

Almost 3 kilometers away from the airport is the Lucciana Train Station. Get there and take the train which departs every half hour directly to Bastia with the cost of 4 euros. In Bastia Airport Train you will be provided more information.

The airport's shuttle bus will drop you off at the Bastia Train Station located in the city's center with the cost of 9 euros. The journey takes approx. 35 minutes. Further details in Bastia Airport Bus.

The taxi stand is just in front of the arrivals terminal. You can grab one or call +33 (0)4 95 36 04 65 to book one in advance. Please visit Bastia Airport Taxis to organize your transportation.

From the City Center of Bastia you can get to the Bastia port by taking advantage of the following public transportation means.

A bus leaves from the Bastia - Hotel Central located in the Avenue Jean Zuccarelli and takes you to the port operating 3 times a day. More information at Bastia Bus.

Bastia is an authentic city with imposing architecture, graphical streets and numerous points of interest. By the time you step your foot on the ancient marina, you will be immediately charmed. There are many hotels in Bastia, deluxe and inexpensive ones so as to attract all tastes of visitors. Your holidays in Bastia are definitely going to be memorable and here is a small guide of what to do when in the city:

Choose your departure port and date and get all current ferry schedules and prices for Bastia!

Popular Routes from & to Bastia 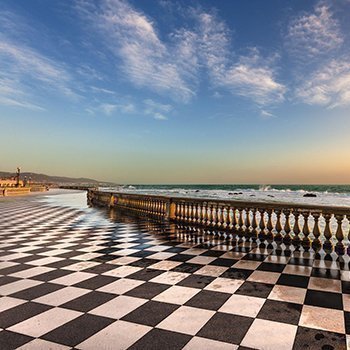 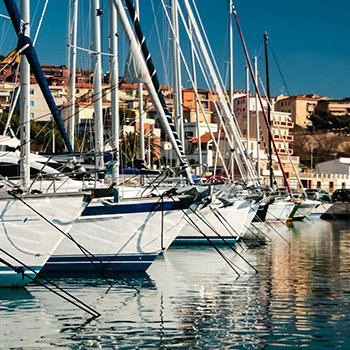